Home
News
Advancing the first working phase of the LIFE project CAÑADAS
may 25, 2020

The LIFE project CAÑADAS, coordinated by the Autonomous University of Madrid, has given his first steps. It is an ambitious project funded by the European Commission, to return life to a part of the livestock of the Autonomous Communities of Madrid and the Junta de comunidades de Castilla – La Mancha,. The goal is to recover the ecological role of the livestock routes and improve connectivity between natural areas protected by the Natura 2000 Network, and has a planned duration of five years.

The rehabilitation of livestock routes pivotará in regard to the conservation or recovery, depending on the case, the movements of migratory herds, and the implementation of various actions of ecological restoration. During the start of 2020, and before the declaration of a state of alarm in Spain, progress has been made in the diagnostic tasks scheduled for the first phases of the project, which has involved intense field work and social research.

The researchers and technicians of the project are evaluating the current use and state of conservation of different sections of the network in madrid and la Cañada Real, Cuenca, Castilla-La Mancha. This canyon is one of the few that keeps movements of transhumant large-scale, connecting the wintering grounds in the Sierra Morena with the summer pastures in the Sierra de Albarracín. The diagnosis of the physical media and biological is complemented with the analysis of a large number of interviews with pastors, technicians, road users, livestock, and rural inhabitants, which will enable the design of interventions, taking into account the point of view of all social agents involved. In addition, the project has just opened their web page next to the social media channels: Twitter, Instagram, Facebook, and LinkedIn

The team of the LIFE CAÑADAS has made clear that “without the ranchers move their herds through the glens, it is not possible to its conservation, nor can it be achieved that these can maintain their role as connectors green between areas of high environmental value”. In the words of Francisco Martín Azcárate, coordinator of the project from the Autonomous University of Madrid, is about to get “livestock multifunction, that is to say spaces that serve simultaneously to keep alive the ranching nomadic, to implement in the landscape and green infrastructure vital to the maintenance of biodiversity, and to facilitate the connection between natural spaces away, among other functions.” These objectives are not only compatible, but that they “present clear synergies between themselves, which is a great advantage. A livestock track in which the natural habitats are well preserved facilitates the use of livestock, to provide space and food for the cattle, but at the same time is the step / seasonal earned the dispersed seeds, fertilizes the soil and helps to maintain high levels of biological diversity in the glens”.

The LIFE CAÑADAS project aims to conserve and restore part of the livestock routes of the National Network. Strengthen its role as a reservoir of biodiversity and ecological connectivity between areas of the Natura 2000 Network. The project, with a budget of 1,848 million euros, of which the European Commission co-finances 60%, is developed between 2019 and 2024.

PrevPreviousLife Cañadas project: ecology and sustainable pastoralism unite for the recovery of biodiversity
FollowingAdvances the diagnostic phase of the conservation status of the Cañada Real CuencaNext 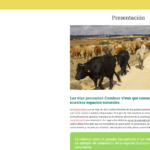 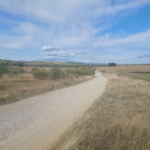 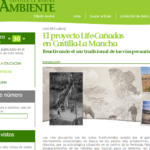